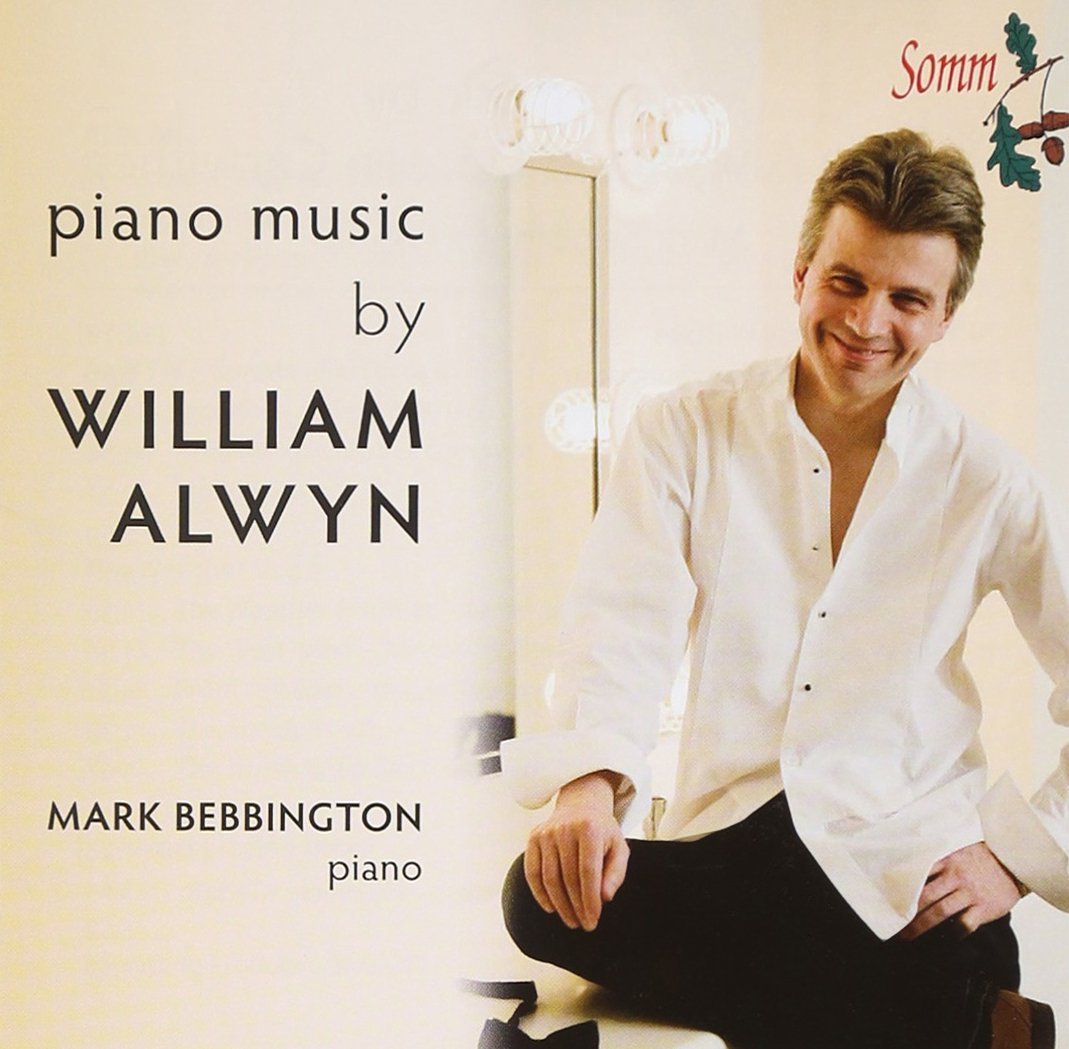 Although chiefly remembered today as a large-scale symphonic and film composer – Alwyn’s symphonies were championed by Barbirolli, Sargent and Sir Thomas Beecham – his exceptional body of piano works spanned his creative life and reveals a composer entirely attuned to the inventive possibilities of twentieth-century piano writing. As Mark Bebbington says:

”The piano writing of Alwyn would grace any current day piano recital; its blend of lyricism, romantic heart-on-sleeve melodies, wit and – at times- acerbic harmonic language make for a heady mix. And yet Alwyn remains his own, individual man. Coupled with a real sense of keyboard virtuosity, these works are irresistible….”

His most significant work for solo piano is the masterful Fantasy Waltzes. Composed in 1954, they take as their inspiration the earlier Valses nobles et sentimentales of Ravel (composed in 1911). Alwyn always finds a depth and intensity of expression in these waltzes which belies their size and scope. Tracks 5 (Lento) and 7 (Lento) for example reveal an almost Mahlerian language. Elsewhere, Alwyn reveals the skittish (track 8 – Vivace, ma ritmico) and languid elements of the Waltz (track 4 – Grazioso) and the set concludes with a whirling virtuosic show-piece. (track 11 – Presto).

It is interesting to note that the idea for the the Fantasy Waltzes originated when Alwyn was on holiday in Norway after a visit to Grieg’s lakeside home. This can be seen most clearly in the third piece (the first to be composed) which was intended as a homage to Grieg and indeed inhabits the sound world of the Lyric Pieces.

For the earlier Sonata alla toccata (1945), the influence of Alwyn the film composer comes to the fore; the work is full of the bold, dramatic gesture of the Silver Screen – the wryly syncopated rhythms of the first movement and the hushed romantic intensity of the slow movement, for example – and yet the work is fabulously successful as a concert work for solo piano.

Alwyn had a lifelong enthusiasm for music education. He wrote many piano miniatures for exam boards and there’s little doubt that Weather Vane and Bicycle Ride were destined for such publication. Numerous felicities abound…the charming waltz lilt of track 24 The Sunny South and the deadpan humour of Bicycle Ride (track 16). Were they by-passed for publication by Alwyn…? Surely not – more likely he’d simply forgotten about them. Probing insights inform Funeral rights for the death of an Artist. Who the Artist was remains a mystery, but Alwyn’s musical language comes close to the Second Viennese School. This is a highly rewarding, but not an easy, listen.

Doreen Carwithen was born in 1922 and died in 2003. She studied with Alwyn at the Royal Academy of Music from 1941 and they were to marry many years later. The neo-classical world of her Sonatina (1945) abounds with a gallic charm that recalls a heady mix of Stravinsky and Chabrier. At its heart, though, is a slow movement of considerable depth and profundity. Late in life Carwithen professed no regrets at having neglected her own compositional career in favour of Alwyn’s; writing of this quality suggests that Alwyn’s gain was the wider musical world’s loss.